So here’s 2014.  What are we up to?  Mark is busy producing albums for The Amber Herd and The Wild Man of Europe which are both scheduled for completion in the first quarter.  Mark is also scheduled to record a solo album for Alex Hale from August Actually.  After that work on Lorna 5 will resume which is about at the half-way point, we would like to think something could happen in 2014, who knows? So far it’s sounding poppy, orchestrated, a little quicker paced and very lush.

We have a few special shows to announce which will see us play more of our quieter songs along with a chamber orchestra.   The first show of the year is at The Bonington Theatre in Nottingham, a stunning all seater venue.  There is a chesterfield show on the horizon too also at a beautiful little theatre,  maybe a festival appearance of too?  Let’s see what happens. 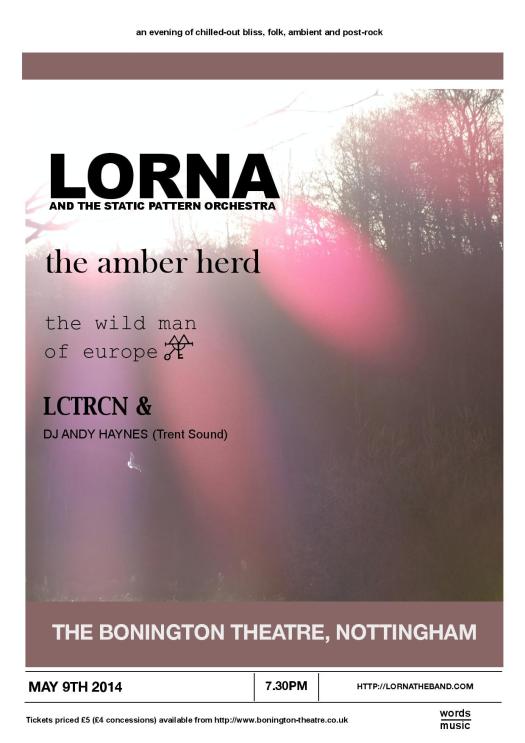