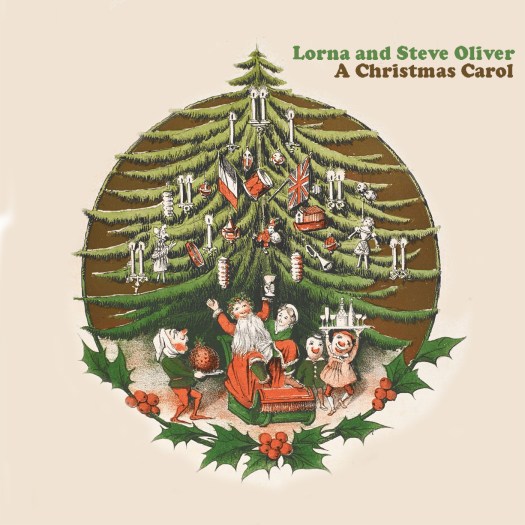 A Christmas Carol is a re-imagined musical narrative of Charles Dicken’s classic winter tale, based upon the abridged text that Dicken’s himself used to read from.

Conceived when Nottingham based band Lorna discovered a mutual love of Dicken’s with Steve Oliver, a Nottingham based writer, critic and broadcaster, Steve’s narration, recorded on the hottest day of the year in July 2017 was taken back to Lorna’s own ‘Stars of winnetka’ studio’s where the band produced around 80 minutes of original music between July and December 2017 – a brand new cinematic/dreampop soundtrack to Dicken’s much loved tale.

Talking about the idea behind the album Mark Rolfe (producer) commented, “Steve and I first spoke around this time last year, initially about the different edit’s of The Muppet’s Christmas Carol. We then met up on a rainy night in February and sketched out a plan.
“We recorded the narration on the hottest day of the year and I spent a lot of the summer writing the parts. Writing a soundtrack to my favourite book has been a lifelong ambition, Steve was great to work with and is very connected in the Dickens world.  Musically I wanted the book to be a cross between the Twin Peaks soundtrack which is a huge influence on us and classic christmas movie scores like It’s a Wonderful Life and Scrooge. Parts of it are very dreamy and pretty, parts of it are very dark, for Lorna at least…”

The album is mostly instrumental with rich soundscapes and textures although a fully scored song. ‘Release’ is available as a digital single

The audiobook is available to listen to as individual tracks without narration (tracks 1-18) then as the full audiobook with narration in 4 Staves as Dicken’s always intended (tracks 19-22) from:

Steve Oliver is currently giving Dicken’s readings around the country. Lorna are putting the finishing touches to the their 6th studio album on Words on Music due out next year.